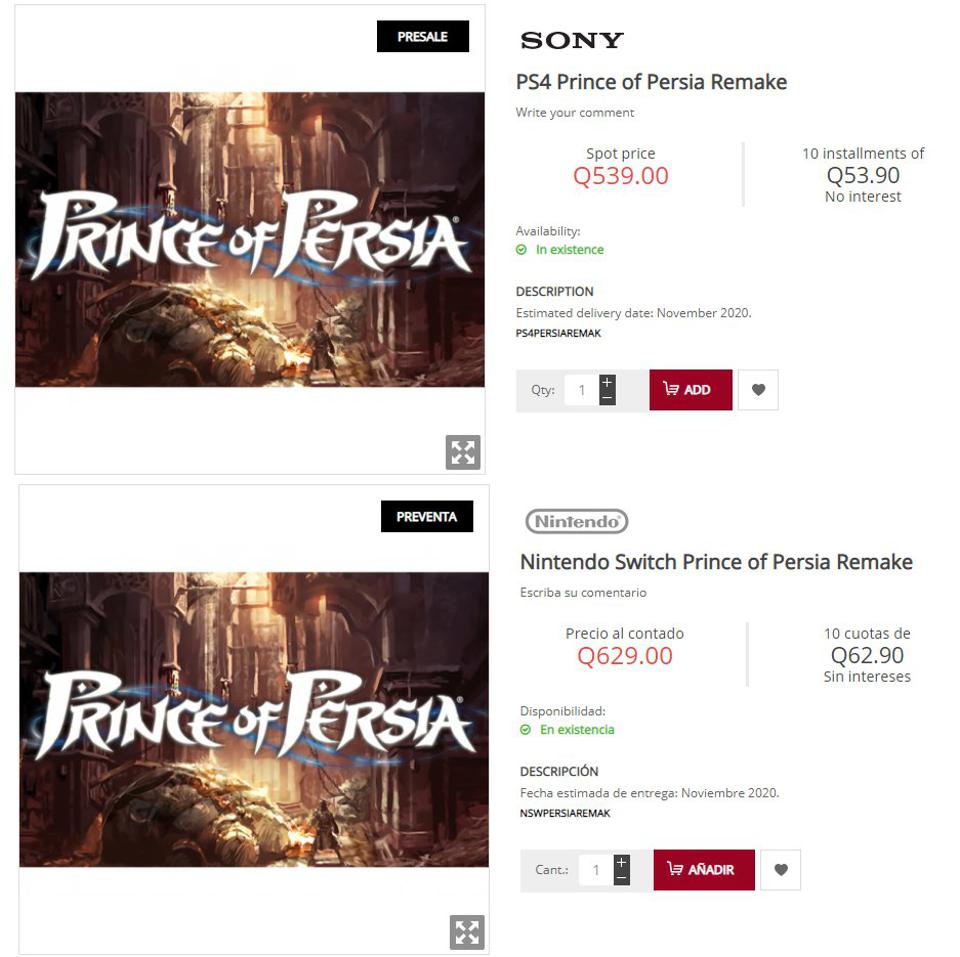 From what we can see in the screenshots posted above, the game looks like it will be launching on the PS4 and the Switch, with no mention of the PC or the Xbox. The placeholder art gives looks like maybe Ubisoft will remake one of the games from the Sands of Time series, but that’s just us speculating. No real information has been revealed by Ubisoft either. But Jason Schreier has been a reliable source of info before and is usually on the button with issues such as this.

The Price of Persia series really took off during the PS2 era with The Sands of Time, Warrior Within and The Two Thrones making up one of the most beloved games of that generation. It will be interesting to see what Ubisoft has planned for the franchise and maybe we’ll get more info in the coming weeks, but for now, all we can do is speculate on what older game will the company remake.

In other Ubisoft news, the company revealed a ton of games during its Ubisoft Forward presentation and you can check them all out here. The company even game away free copies of Watch Dogs 2 and you can read more about that story here. And, if you’re bored and are looking for a few single-player games to check out, we’ve got a cross-platform list for you, right here.

A new 5G BlackBerry smartphone with QWERTY keyboard is in the works, coming in 2021