Poco X3 NFC has officially launched making its global debut as the successor to the Poco X2 that was launched in India earlier this year. Poco X3 is the first phone to launch with the Qualcomm Snapdragon 732g processor that was recently announced.

Poco X3 NFC, as the name suggests, comes with NFC for some regions while a non-NFC variant is expected to reach other regions. Nevertheless, the X3 takes this Poco mid-range lineup forward with features like high refresh rate display, 64MP quad cameras and more. Let’s take a look at the pricing and specifications of the Poco X3 NFC. 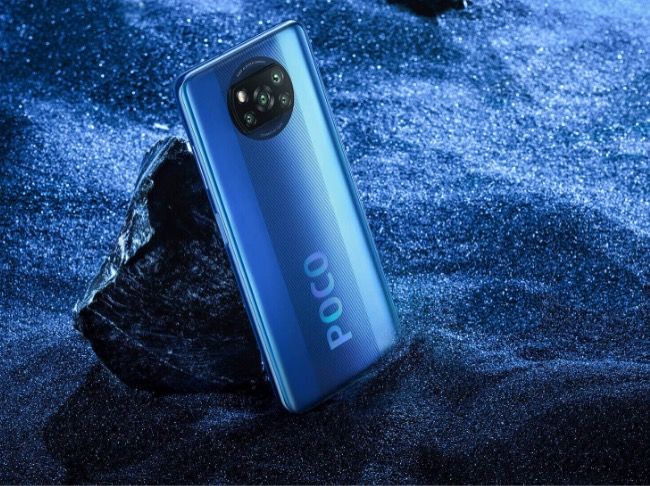 Poco X3 NFC features a 6.67-inch Full HD+ (2400 x 1080 pixels) resolution display with a 120Hz high-refresh-rate and HDR10 support. The screen has a centre punch-hole notch cutout for the 20MP selfie camera and is further topped with a layer of Gorilla Glass 5.

It has a glass back and the X3 is IP53 rated which means it has water repellent coating inside.

The Poco X3 is powered by the Qualcomm Snapdragon 732G processor with an octa-core processor and Adreno 618 GPU. This is paired with upto 6GB RAM and 128GB storage with the phone running on MIUI 12 based Poco launcher. The phone also supports microSD cards of upto 256GB so users can expand the storage further according to their needs.

The Poco X3 comes with a quad-camera setup that consists of a primary 64MP camera with an f/1.8 aperture, an 8MP ultra-wide-angle camera with 119-degree field-of-view, a 2MP macro camera and a 2MP depth sensor.

It has a side-mounted fingerprint sensor and is equipped with a 5,160mAh battery to boot. The battery support 33W fast charging out-of-the-box.