Call of Duty: Warzone might soon be headed to mobile devices. According to a job listing on Activision’s website, the company is looking for a Features Executive Produce for an upcoming title called WZM, which is presumably Warzone Mobile. The new hiring will be a part of the Mobile department and will be reporting to Activision’s VP, Mobile, which is currently Chris Plummer.

Since posting, the job listing has apparently been filled. However, Reddit user u/RickAtwood managed to post a screenshot of the listing. The job description reads, “As Executive Producer, Features you will own product framing and player experiences of a new AAA mobile FPS in the Call of Duty franchise. Developing in collaboration with multiple Activision studio locations around the world, this leader is a skilled communicator and development leader who can define and harvest important elements.” 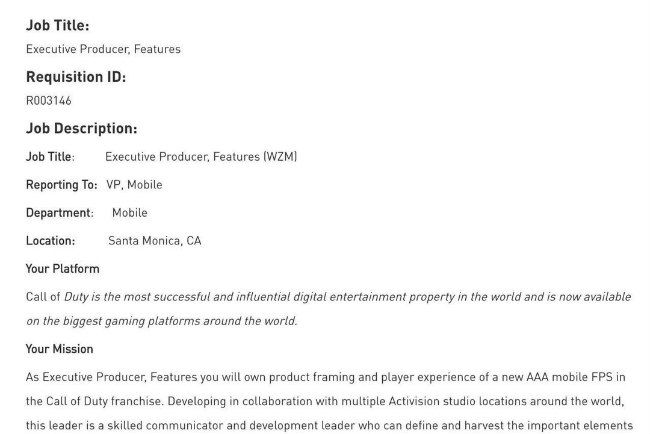 The description seems to confirm Activision is working on a new Call of Duty game for mobile. Judging by the popularity of Call of Duty: Warzone, it won’t be too much of a surprise to see the publisher release a version for mobile devices. A tweet by user @codmINTEL, a new Call of Duty game scheduled for a 2021 launch is being developed by Sledgehammer Games. However, do note that Call of Duty is a yearly franchise that is released by a different Activision studio each year. So the tweet should be taken with a pinch of salt.

COD 2021 is being developed by Sledgehammer Studios and is reported to be released in mobile devices. And now with reports coming in that Activision is working on Warzone Mobile. This could mean #CODMOBILE could be split into two games like in PCs and Consoles.

Apple One subscription launched in India: breaking down all plans for you